Traveling around Europe has taught me a lot. For starters, Europeans don’t know the dance that goes to the YMCA, about two places (that we have stayed) have had ovens, and taco shells are just as rare as ovens. I have learned that Iceland makes great ice-cream, Paris was built on the Seine River, and Croatia is made up of thousands of islands. But, those are just facts my favorite things that I have learned are all the stories.
Bucharest is home to the second largest building in the world, the palace of communism. 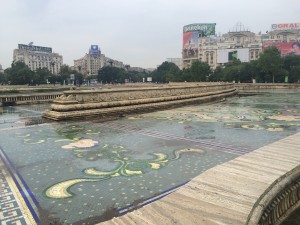 The widest street in Europe

(second to the pentagon) The dictator wanted the palace built to show the world that communism was great. Mr.Dictator was a short guy and had the stairs in the palace built twenty times so that he wouldn’t be winded when he got to the top of the stairs. When you look at the palace, you are looking at about half of the whole building because most of it is underground. This building is massive and sits at the end of the biggest boulevard in Europe. It is even bigger than the one in Paris. That is how the Dictator wanted it, in some places the boulevard is only twenty centimeters wider than the one in Paris. Now that the Dictator h 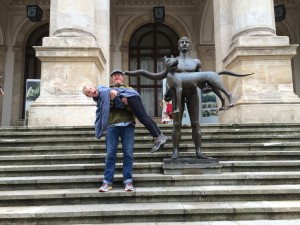 ad a big palace and a big boulevard, what a good idea he thought it would be to put a huge balcony on the palace so that he could address all of his citizens. Of course, the balcony was built, but communism was overthrown by the time it was finished being built. The first person to ever speak from that balcony, was Michael Jackson. Yes, it was the king of pop, and he said “ Hello, I am so happy to be in Budapest, with you today.” It was a fatal mistake, him being in Bucharest and all, but all the citizens forgave him because his concert was the next day.

One of my favorite stories comes from Rothenburg, Germany. In the middle ages, a French army 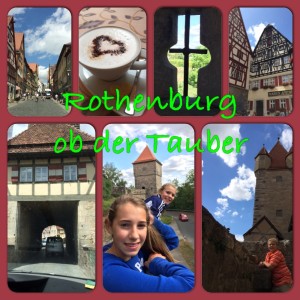 was passing through the country side of Germany, they heard about Rothenburg and decided they would take it for the French. This didn’t sit very well with the people of Rothenburg, as it wouldn’t sit well if anyone came in to claim your land. The people of Rothenburg were very determined to keep their town. Now, the French had a particularly strong army, and Rothenburg only had their citizens to fight back against the French. When the battle did come it was short. It was during the darkest hours of the night, when the people of Rothenburg saw the French coming. The general told one of his soldiers to go get the gun powder to load the canons with. So, the soldier grabbed his torch and head up to the tower full of gun powder. You may be wondering why anyone would walk into a room full of gunpowder with a torch, no one knows why he did this, he was never alive to tell the tale. Only two people died that night, the soldier with the torch, and the other person who died had the bad luck of standing to close to the gun powder tower. The gun powder for their last fighting chance against the French, and with that gone,  Rothenburg surrendered.

We have seen great places, heard great stories, and will have amazing memories to show for it.